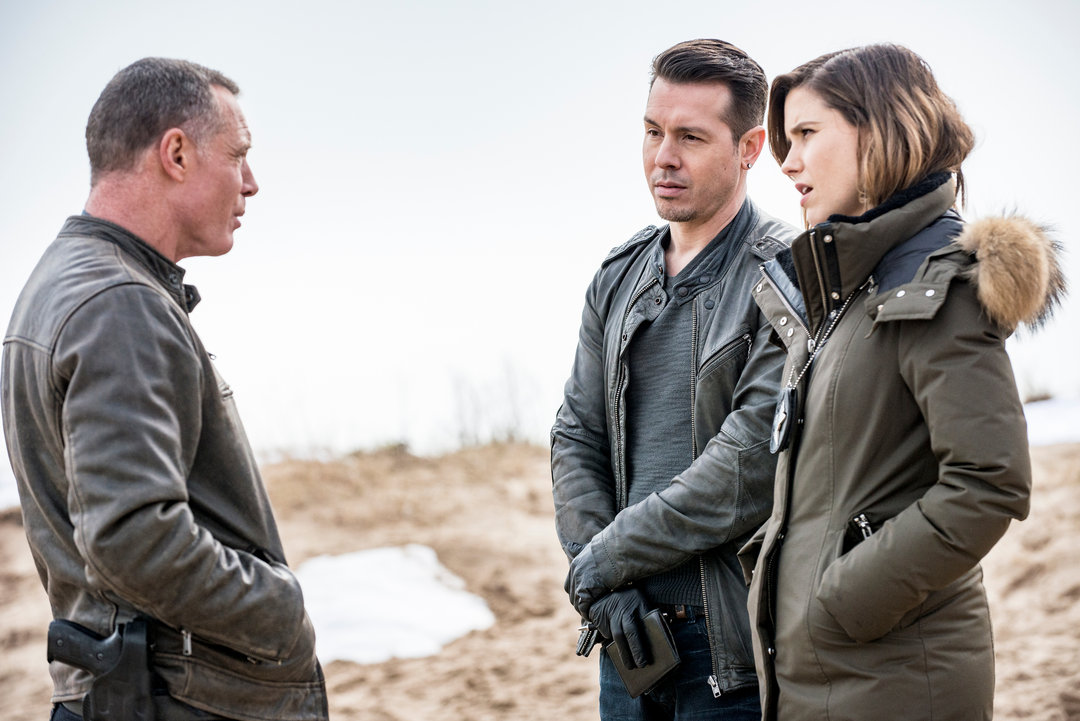 Titre VO
In A Duffel Bag 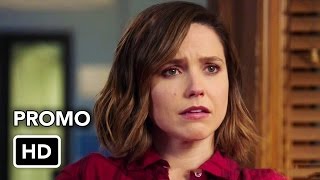 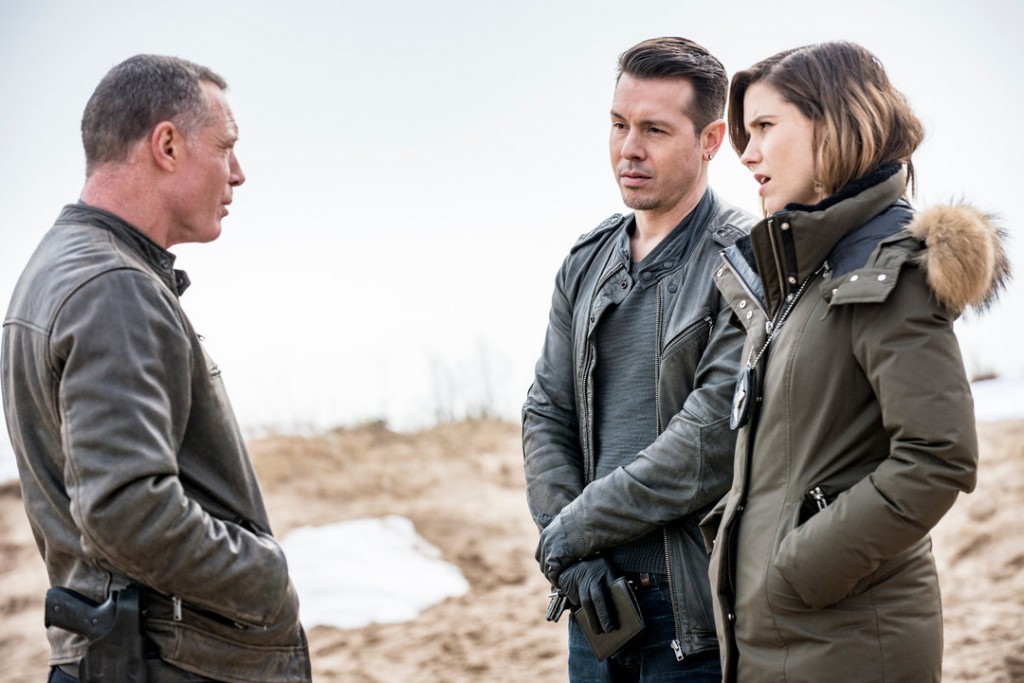 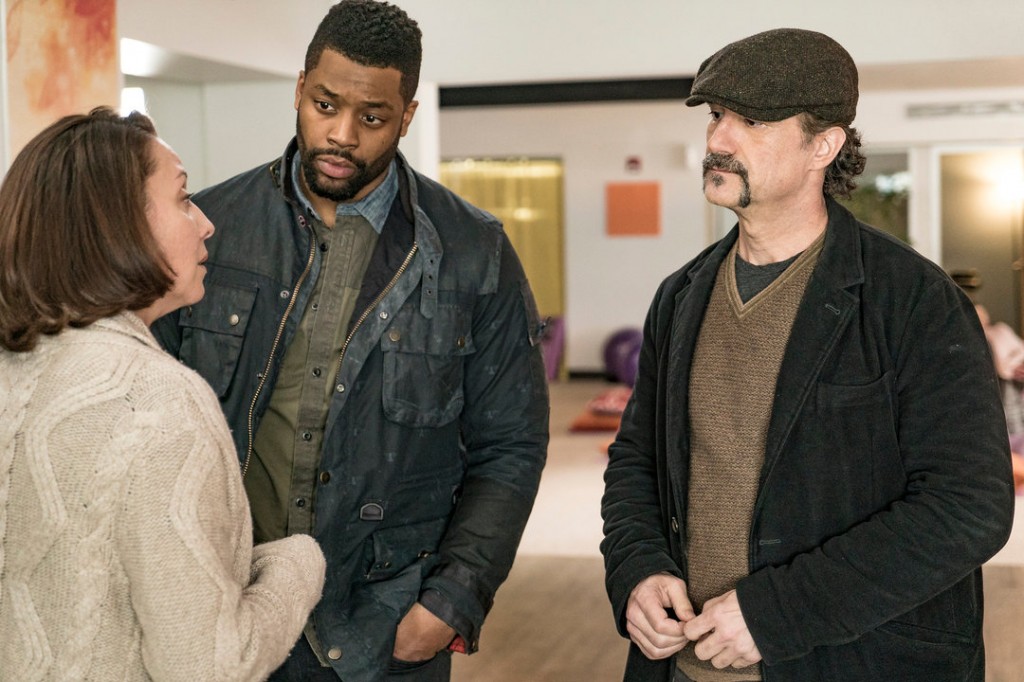 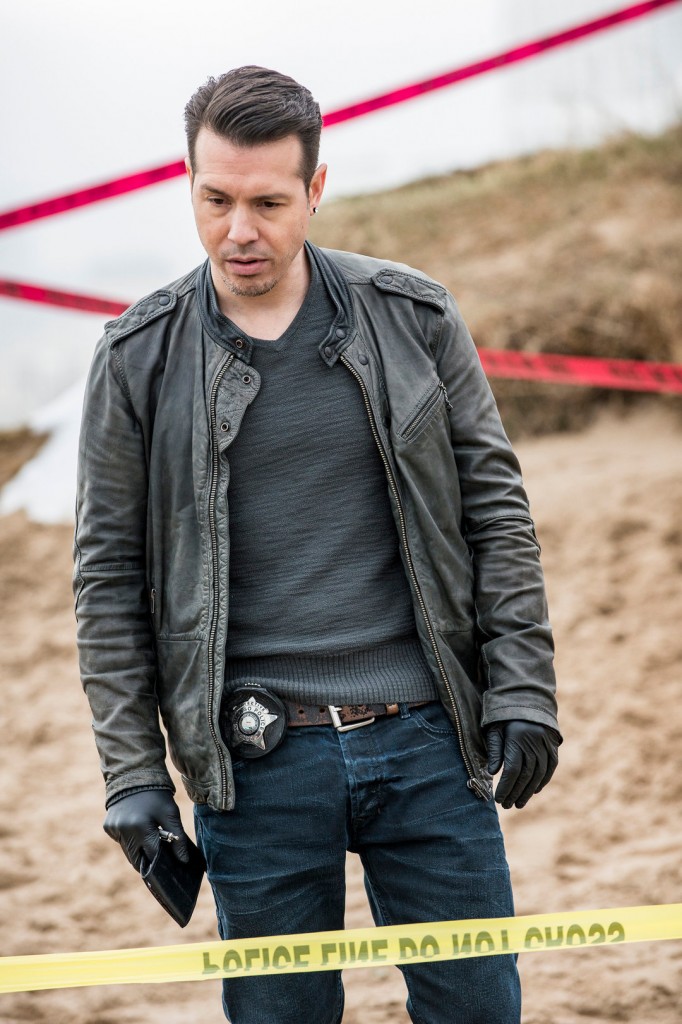 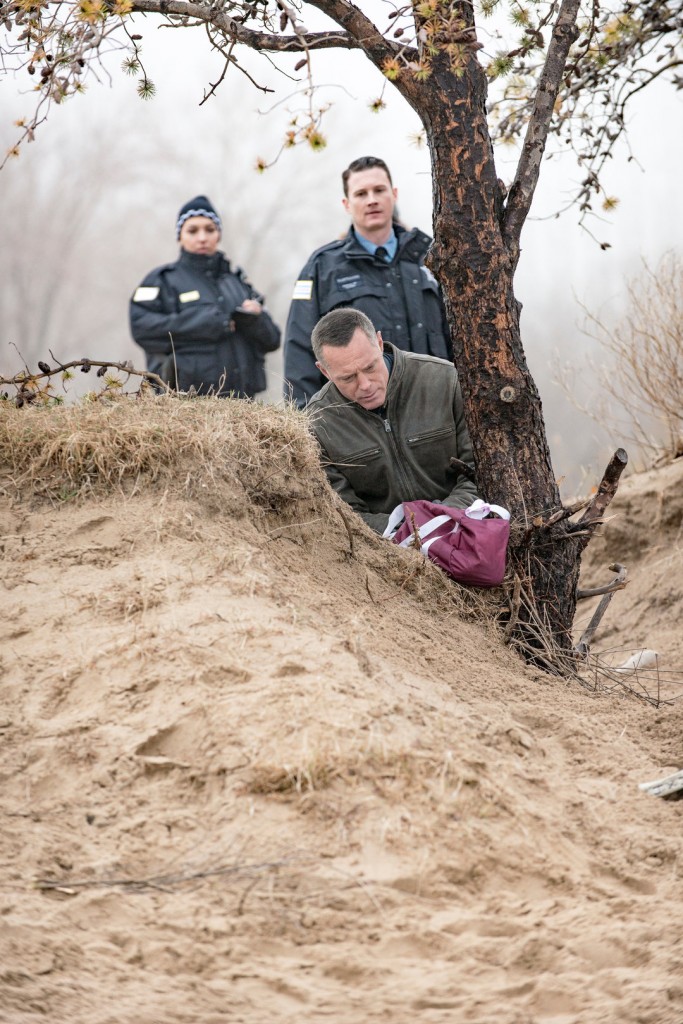 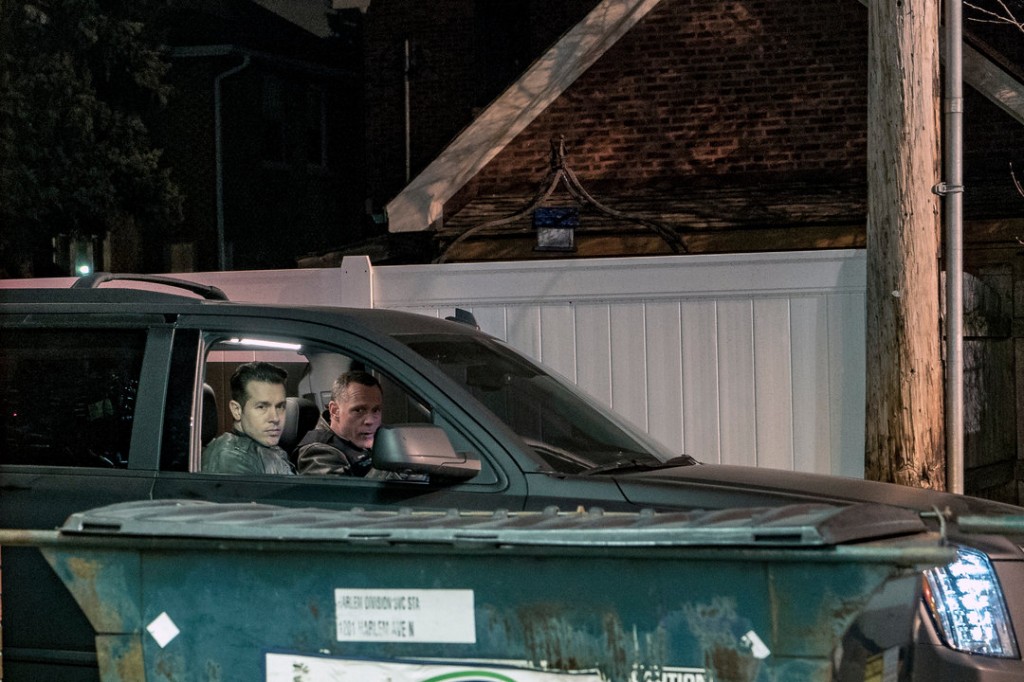 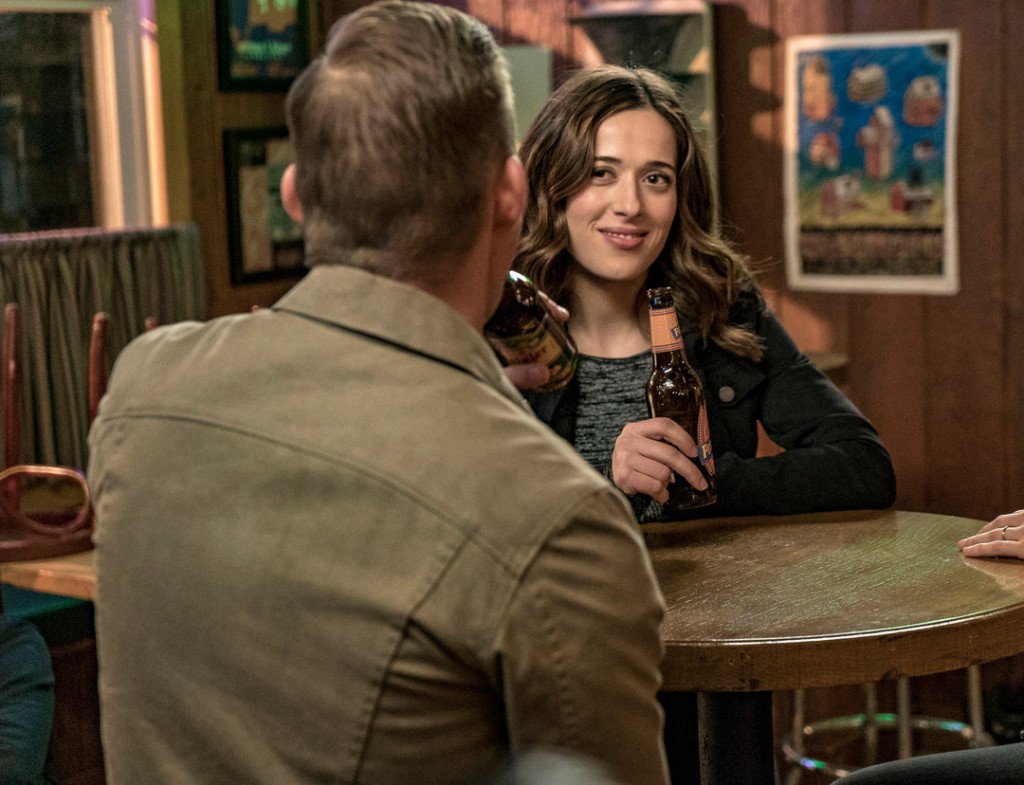 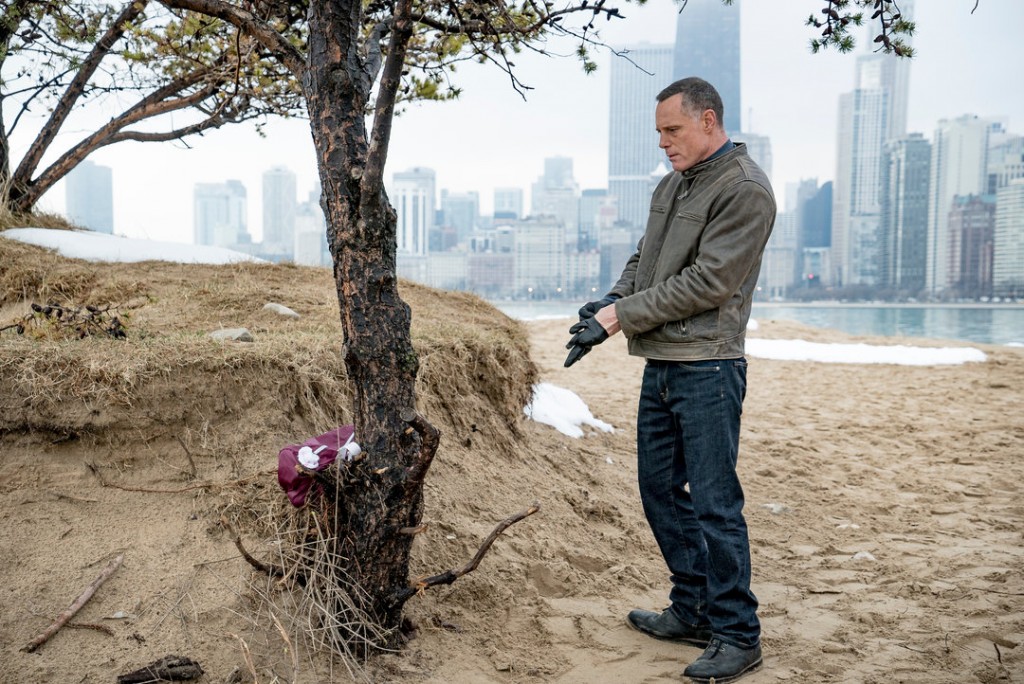 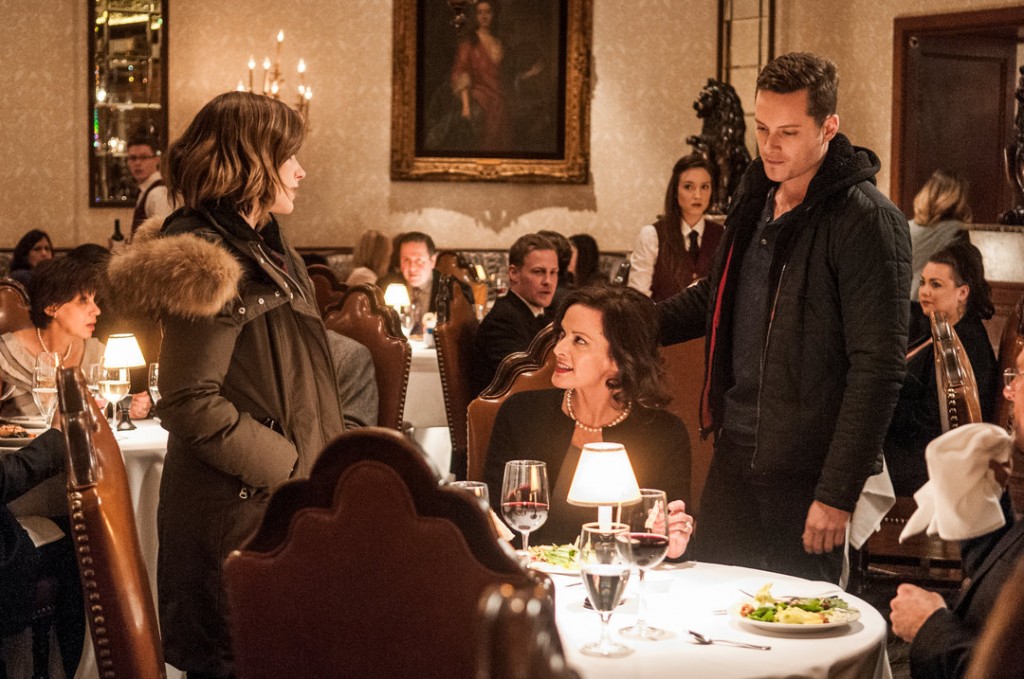 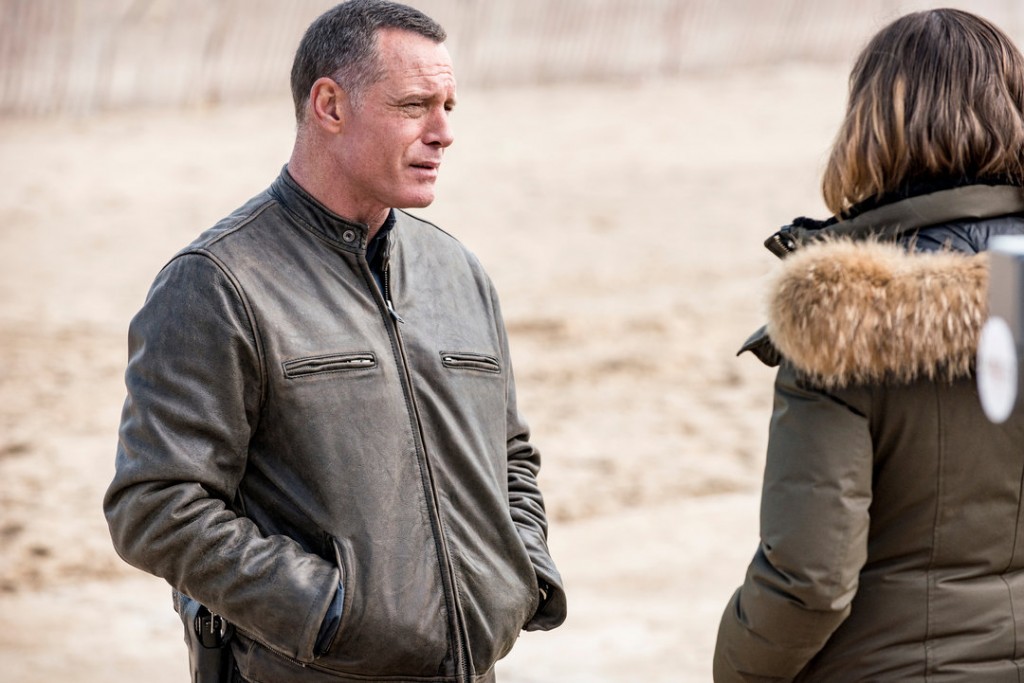 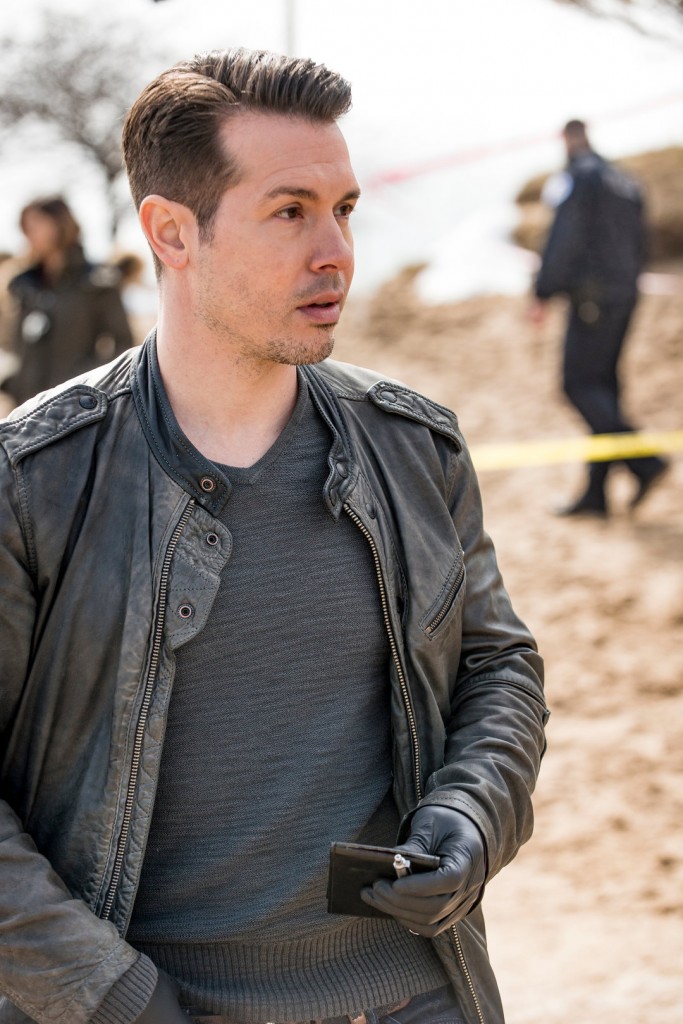 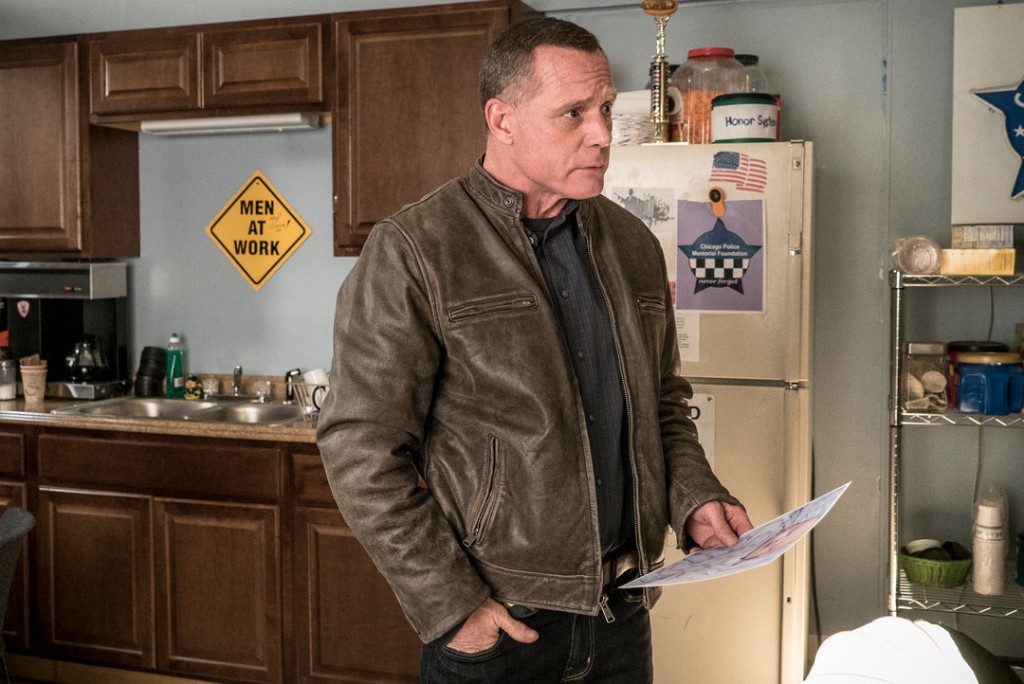 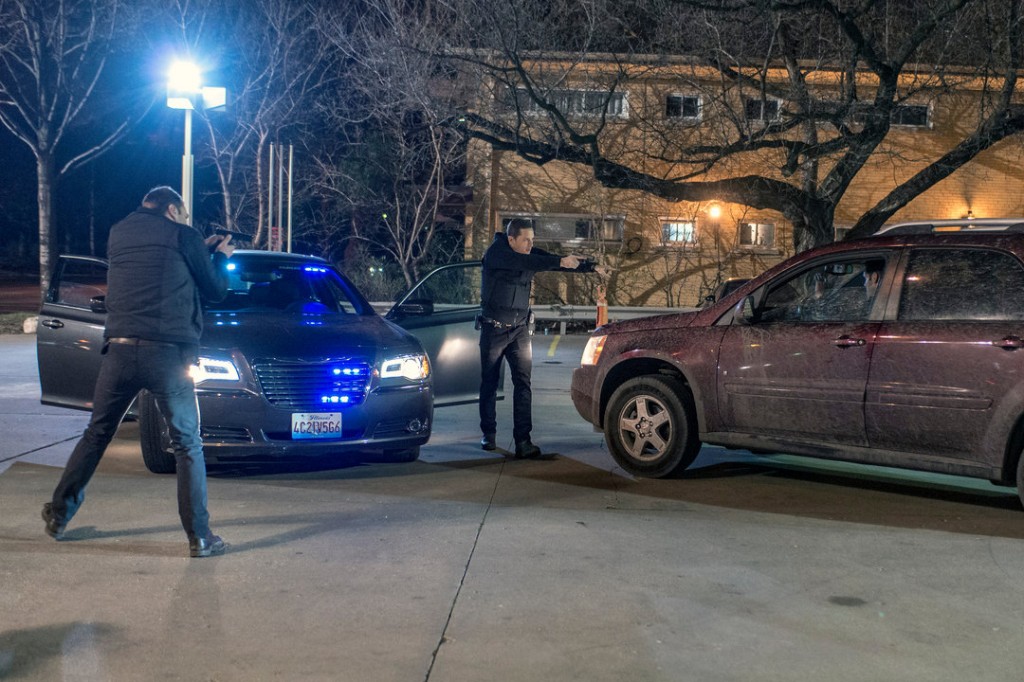 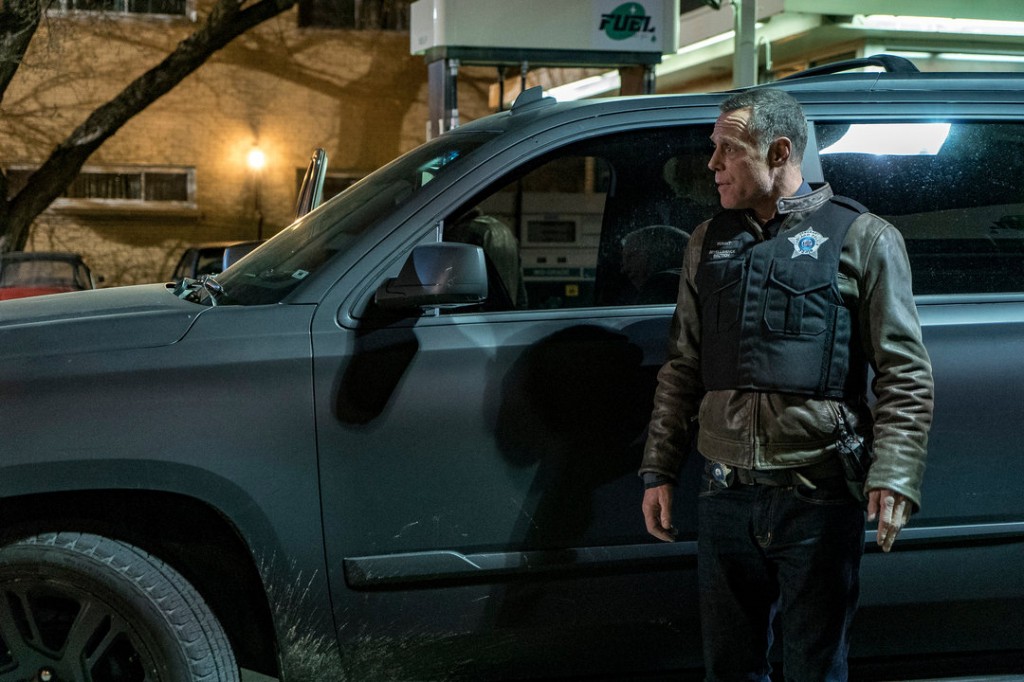 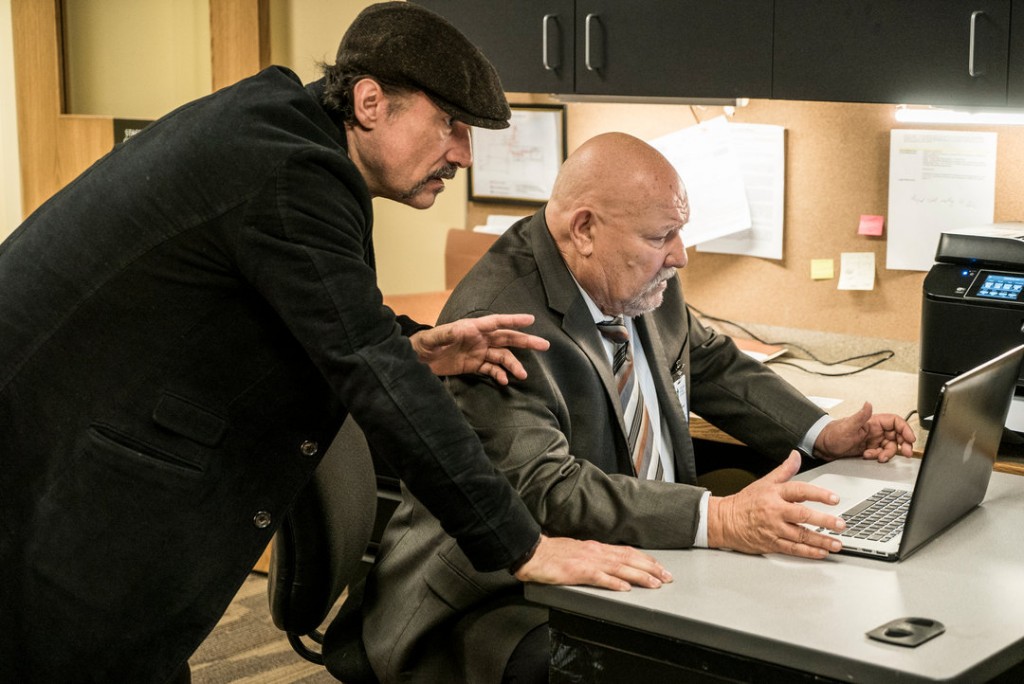 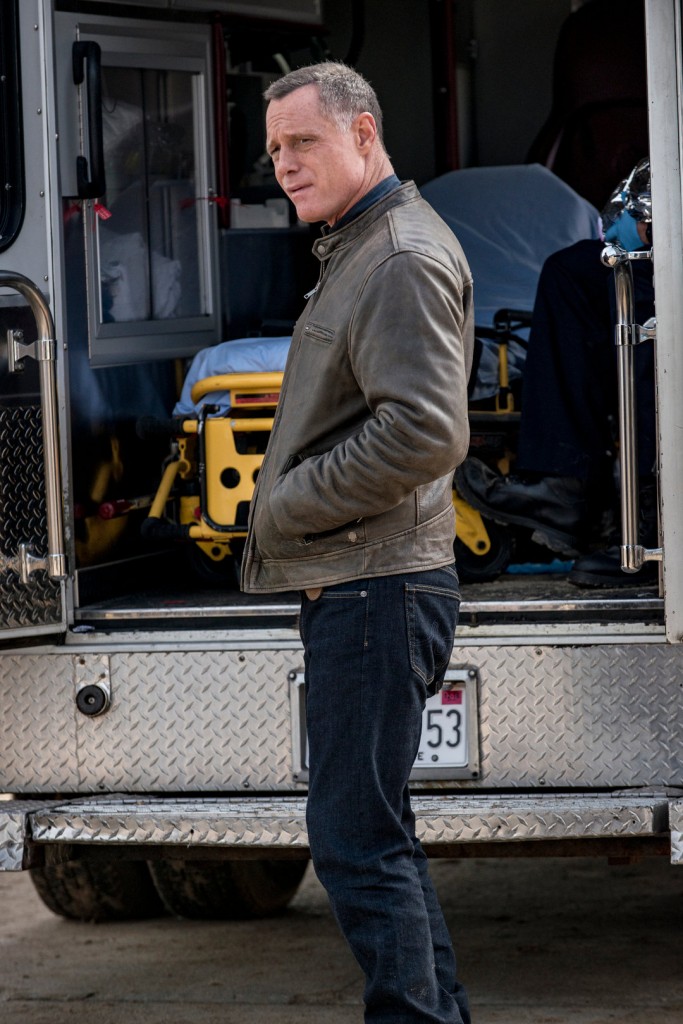 Voight’s Social club
Carmine: I don't want to lose again, so pay attention... So Justin's in Signal Corps training?
Voight: Yeah, Fort Campbell, Kentucky. He's coming back in a month. Got a four-day leave. Him and his wife and kid are coming.
Carmine: Come a long way. Just like his old man, huh?
Voight: Yeah, I never thought of it like that but I guess you're right.
Carmine: Well, I'm happy for him. Looks good, too.
Voight: When'd you see him?
Carmine: Two days ago.
Voight: Where?
Carmine: Here. He and Danny were hanging out. I thought you knew.
Voight: I didn't.
Carmine: Maybe I shouldn't have said anything.
Radio: Units in 21 and units on the citywide, we have a suspicious package near North Avenue Beach. Patrolmen requesting the ten sector sergeant on scene.
Voight: 5020, I'm a couple blocks out. Hold me down on that call.
Radio: Copy that, 5020.
Voight: Ladies.
North Avenue Beach
Officer: Hey, Sergeant.
Voight: What you got?
Officer: Thanks for coming out. This is the lady who made the call. Her dog wouldn't stop barking.
Voight: Huh.
Officer: Do you want me to call in the bomb squad?
Voight: Maybe… Roll the crime lab… And an ambulance.
Officer: 3114, be advised. Roll a crime lab and an ambulance.

Paramedic: Good to go? Baby's triple zero.
Voight: Dead?
Paramedic: Yeah, but she's cold, so we got to take her to the hospital to pronounce it.
Voight: All right, we assigned a patrol unit to follow you. We'll stand by for missing parents or an ID.

Dawson: Okay. Crime lab's taking the duffel for prints, hair, and blood. As soon as the body's released from Med, they'll start on the blanket and pajamas. Guess what else they found in the bag? Rocks. Looks like whoever did this put them in to weigh it down.
Voight: How long's she been here?
Lindsay: Crime lab says preliminary estimate's seven hours.
Voight: So 1:00, 2:00 AM. All right, check the harbour for cameras, run all the parking meters.
Dawson: I'll check back with the officers, too, see if they got anything on campus.
Voight: Good.
Lindsay: You know we can hand this off to Area Central Homicide.
Voight: No. We're gonna find out who did this.
Intelligence office
Voight: Take it down.
Halstead: Crime Lab's still working on the pajamas and the blanket but the duffel was part of a promotion by Punch Sports Club last May. Guy I spoke to said they gave out a hundred of them.
Voight: They have to fill out a card in order to get one?
Halstead: No, they were handed out at a street fair. You know, local band, tents for area businesses, and a radio station.
Olinsky: Okay, but what about video?
Ruzek: I called the radio station. They had some for promotion. Uh, street fair too. They're sending it over.
Mouse: And I'm searching social media for any photos or video tagging the fair.
Voight: Well, run everything you get through facial recognition as soon as you get it. Jay, put together a list of everybody who signed up on the heels of Punch's promotion. Run every name and address.
Atwater: That was forensics. The pajamas and the blanket were mass market, so they're still looking into that, and the rocks were pulled up from where the girl was left.
Olinsky: Maybe someone tried to sink her but... Chickened out last-minute.
Voight: Well, this isn't some abandoned baby with the umbilical cord still attached. She had a blanket, her own pajamas. That means somebody cared for her and I want to know who. I want a doctor, I want a birth certificate, I want the parents. I want to know what happened. And I want to know why.
Chicago Med
Burgess: Hey, the morgue sent us up here for that baby.
Nurse: She's in Trauma 1.
Burgess: I don't understand.
Nurse: Dr. Manning, they're here about the baby.
Natalie Manning: Working on her now.
Roman: Working on her? That baby didn't even have a pulse.
Burgess: Wait, she's alive?
Natalie Manning: Thing is, you have to be warm to be dead.

Janet Flynn: Tommy, what is this? What's going on?
Voight: You know Mariela Hernandez?
Janet Flynn: Yes.
Voight: She says she delivered a baby girl here two weeks ago.
Thomas Flynn: She didn't. She was supposed to, but, um...
Dawson: But what?
Thomas Flynn: She said the other family changed its mind. We never got a baby… Um... My wife has had several miscarriages. Last one was three months ago. Mariela was recommended to us because after the last one... We can't have anymore children.
Ruzek: Hey, we have a baby room back here.

Tana Meyer: What will happen to her?
Lindsay: She'll be surrendered to DCFS. It's the Department of Children and Family Services.
Tana Meyer: What if I want to keep her?
Lindsay: You never technically signed away any of your parental rights. And DCFS would always rather keep a baby with its rightful parent. You're gonna have to fight for her.
Tana Meyer: I will.
Voight’s house
Voight: I heard Justin was in town.
Olive: Yeah, he had a training day. Came up last-minute.
Voight: Then I wish he would have told me.
Olive: He was gonna. He just had some friends to see.
Voight: Mmm. He's doing all right? He's got his head on straight?
Olive: Yep.
Voight: Oh. There it is… Hmm… Who is making all that noise? Oh, I figured it was you.
Olive: I knew the second we sat down he'd be back up. I'm so sorry.
Voight: That's all right. Here, let me take him. Let me take him. Hey. Yeah. Oh. There's my man.
Molly’s
Natalie Manning: Top five days as a doctor today, easily.
Burgess: Yeah. I wouldn't have believed it if I hadn't been there myself.
Roman: This is the kind of day I buy a lottery ticket.
Natalie Manning: Hold them close, whoever's near to you. Love hard.
Roman: Love hard.
Roman’s house
Burgess: Mm-hmm… Is this is a bad idea?
Roman: 100%.
Burgess: Yeah.